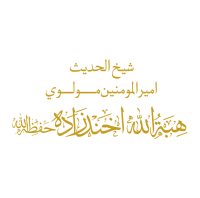 Latest
The Deputy PM for Economic Affairs, Mullah Abdul Ghani Beradar Akhund, met with Ehsanullah Bayat, the head and founder of the Bayat Foundation, in his office today.
25 Jun 2022
According to the new formation of the ARG and PM protection department, on June 23, 2022, after months of military training several of bodyguards graduated from the 313 Central Corps...
25 Jun 2022
Message of Condolence from the Deputy PM for Economic Affairs to the People Affected As a result of last night's earthquake in some parts of the country
22 Jun 2022
Mullah Abdul Ghani Beradar Akhund, the Deputy PM for Economic Affairs, met with James Brett, the founder and chairman of “Plant for Peace” NGO.
22 Jun 2022
Prime Minister Mullah Hasan Akhund speaks with Prime Minister of Pakistan over the phone
22 Jun 2022

Translated by A Ahad Katawazai

The President of the Islamic Republic of Afghanistan arrived in Turkmenistan on a one-day visit at the invitation of Turkmenistan’s president earlier this week. During the trip, while laying emphasis on the expansion and strengthening of bilateral relations between the two governments and the nations, seven agreements inked in various sectors by the relevant authorities of the two countries. The relationship between Afghanistan and Turkmenistan is always friendly, and in recent years especially during the presidency of Dr. Mohammad Ashraf Ghani, it is rapidly expanding. Extensive relations combined with mutual respect, national and regional accountability, and state-to-state relations of Afghanistan and Turkmenistan, have always been considered exemplary and friendly by the officials of the two countries. Afghanistan consistently tries to pursue this type of relationship to both neighboring countries and the region in its regional policy.

The regional countries, in particular Central Asia, have a special place in the foreign and regional policy of Afghanistan, and are placed in the first and second circle of the National Unity Government’s foreign policy. Afghanistan strives becoming connecting hub between Central and South Asian countries with its geopolitical, geo-economical and geostrategic importance, and therefore, pursues the policy of connecting of regional countries with one another as the core of its regional policy.

Besides having a great deal of economic benefits for both countries, the recent visit of our country's President to Turkmenistan is also very important for the regional security and economy, as well as considered to be reaffirmation of the regional integration policies of Afghanistan.

During successive trips of  high-ranking officials especially the leaders of both countries, about twenty agreements and MoUs have been signed in the economic, political, energy, cultural, scientific, sports, transit, diplomatic and etc. fields ... and therefore the cooperation sphere is expanding by the two countries.

The largest economic cooperation between the two countries can be called "TAPI" pipeline transit project, transporting Turkmen gas to Afghanistan, Pakistan and India. Currently, work on this project is underway. The second largest project is considered to be the transmission project of 500KW of Turkmenistan's electricity through Afghanistan to Pakistan.

The strengthening of relations, the existence of many areas and opportunities for cooperation between the two countries have led to the signing of a joint declaration of strengthening of cooperation by the two presidents during the visit of Turkmenistan’s President to Afghanistan in 2015, and the announcing of both countries’ border as "Border of Friendship and Peace”. In other areas, in previous meetings both presidents held discussions over issues related to the tripartite project of railway construction between the two countries and Tajikistan , as well as the transportation corridor between Afghanistan, Turkmenistan, Azerbaijan and Georgia, which are considered as joint effort for the developing of regional cooperation as a connecting bridge.

Objectives and Importance of the President's Trip to Turkmenistan

The history of relations between Afghanistan and Turkmenistan has always been in a good shape and based on the principle of cooperation, good neighborliness and non-interference in the internal affairs of each other. Especially in the past one and a half decades, Turkmenistan consistently backed peace and security process in Afghanistan, and in return, Afghanistan has supported Turkmenistan for pursuing neutral foreign policy. In recent years, given the nature, attitudes and goals of the Afghan regional policy, the relationship has expanded and is now at an exceptional stage compared to the regional countries.

In addition to its special status as a neighboring and regional country in Afghanistan's foreign policy, Turkmenistan has a key role to play, especially for Afghanistan, in terms of possessing the scientific capacities and both cultural and historical commonalities.

Geographically, Turkmenistan is a country that connects us with China, Russia, Black sea and Europe; for this reason, it has important position in the Lapis Lazuli corridor route. On the other hand, Turkmenistan is considered to be the center of natural and energy raw materials in our region and therefore part of which is supposed to be transited to the South Asian countries through Afghanistan.

On the other side, Turkmenistan is a member of a great joint regional project of transit and transport with the countries such as Afghanistan, China, Iran and Tajikistan. Both Afghanistan and Turkmenistan hold the membership of ECO and other organizations. In the regional summits, Turkmenistan always supports the peace programs related to the Afghanistan.

Furthermore, the growing expansion of relations between the two countries is a good example for the neighbors and the region, and also can encourage and persuade them for friendly and further cooperation with Afghanistan. Afghanistan and Turkmenistan believe that without regional cooperation the economic prosperity, security and development are not feasible in the region and therefore, are trying to make other countries more inclined to joint projects.

The achievements of President’s recent visit to Turkmenistan

The most important message delivered by the President Ashraf Ghani to the government of Turkmenistan contained the frequent encouragement of regional leaders for cooperation and integration, and the pragmatic substantiation of Afghanistan’s sincerity and commitment to the regional cooperation. The key goals of this trip can be defined as building of trust at the regional level, explaining Afghanistan's position in regional prosperity and peace, and both pursuing and developing bilateral cooperation with Turkmenistan.

During the visit, the officials from both countries inked seven agreements in various sectors in the presence of their leaders, and laid emphasis on swift and timely implementation of these agreements.

In addition, the Turkmen President stressed on the development and enhancement of relations with Afghanistan and urged political leaders of the regional and neighboring countries to support Afghanistan and recognize its key role in providing regional peace, security and prosperity as a connectivity hub for connecting regional countries together.

Therefore, another achievement of the two leaders' meeting is the emphasis on expanding bilateral and multilateral cooperation and enhancing joint regional cooperation, which can provide opportunities for greater economic, political, security and cultural cooperation between the regional governments.

Share
About us
Media News Articles Infographics Documents Photo Albums Videos Links
Islamic Emirates of Afghanistan Decrees Orders Statements Messages Words International Trips Domestice Trips
Latest According to the new formation of the ARG and PM protection department, on June 23, 2022, after months of military training several of bodyguards graduated from the 313 Central Corps... The Deputy PM for Economic Affairs, Mullah Abdul Ghani Beradar Akhund, met with Ehsanullah Bayat, the head and founder of the Bayat Foundation, in his office today. Prime Minister Mullah Hasan Akhund speaks with Prime Minister of Pakistan over the phone Mullah Abdul Ghani Beradar Akhund, the Deputy PM for Economic Affairs, met with James Brett, the founder and chairman of “Plant for Peace” NGO. Message of Condolence from the Deputy PM for Economic Affairs to the People Affected As a result of last night's earthquake in some parts of the country
Articles The philosophy of creating the Women’s High Council NATIONAL DAY FOR UZBEK LANGUAGE New Page between Afghanistan-Uzbekistan Relation Agricultural Growth and Government’s Initiatives in last Three Years President Ghani's Visit to Turkmenistan; Importance, Objectives and Achievements
Old Website